The "Mystery Ring" on a Venture, or how to avoid a dismasting I described a rig failure due to a missing or failed cotter ring on a Venture a year and a quarter ago:

Cotter rings and some other trivial pieces of hardware are what hold the boat together. When you have two parts of the boat coming together, like a shroud and the deck fitting, there's usually a pin doing the job and something like a cotter ring preventing the pin from coming out. It could be a shackle or a lock-tight nut, but it's usually a cotter ring or Cotter pin.

It's hard to over-emphasize inspecting these pins before you take the boat out, as failure on the water can ruin your day (see above). I don't think many of our Junior skippers or even, dare I say it, all of our Senior skippers would have been able to get control of the dismasting situation and sail the boat home.

When I teach boat inspection, I talk about this and tell the students to find all of the cotter rings or other things and determine whether they're sound, and I explain how they fail and what to look for.But on the RS Venture, there's what I now call the Mystery Ring, which is what failed in the cruise I referenced above. If you don't know it's there, you'd never check it. That's how it happened on my cruise.

On the Venture (like on the Bahia, remember it?), the forestay comes back down inside of the mast and out near the base with an eye splice in the wire. This is connected with a hook to a line to tension it. The hook is on a block, and there's another block on the line to provide mechanical advantage. It looks like this: 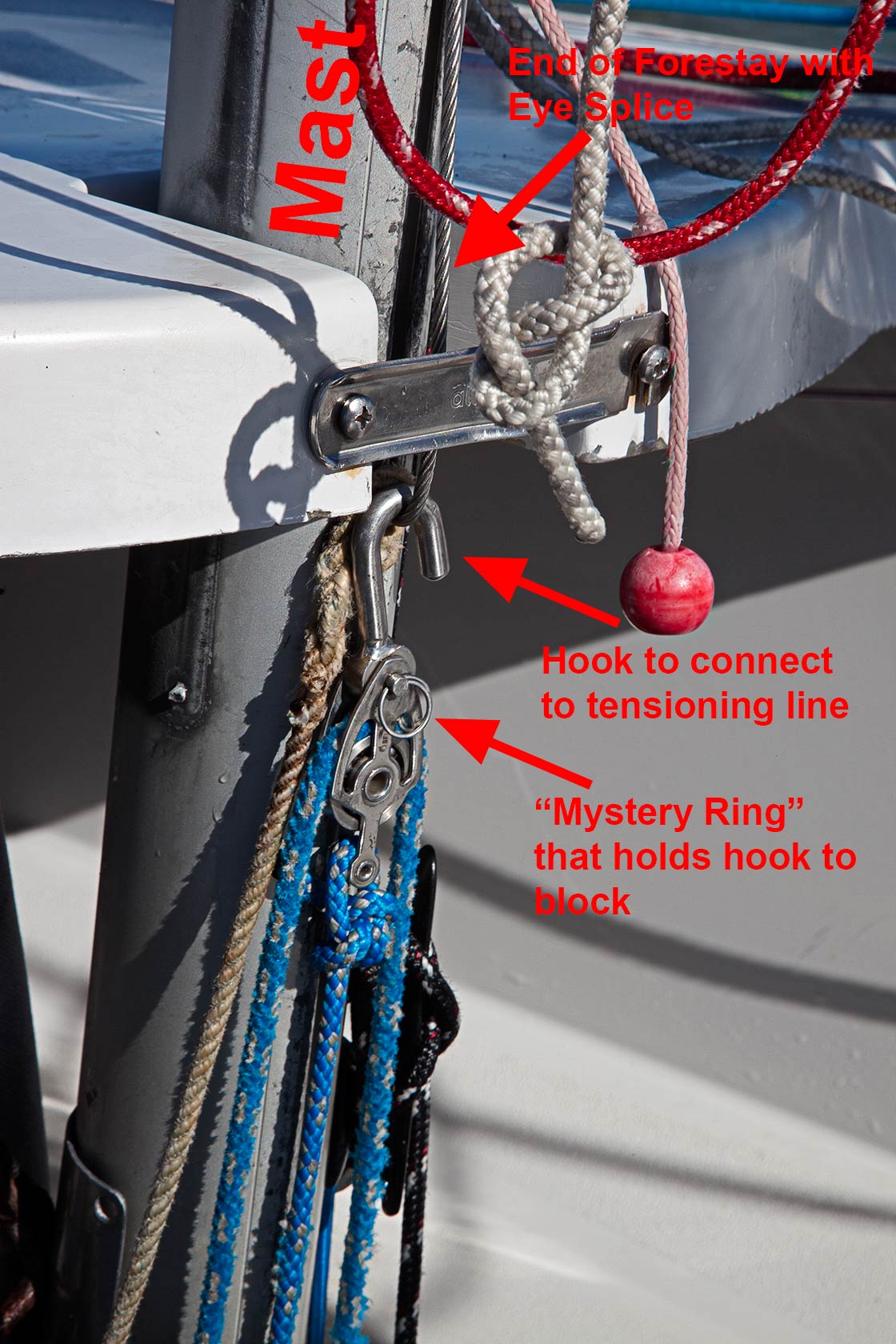 Note that the hook is held on the block with a pin, which is held on with a cotter ring. This is the Mystery Ring, in part because it's all down low in the cockpit, and you might not notice it as you do your inspection. But there's another reason - the block can rotate, putting the ring behind it, between it and the mast, like this: 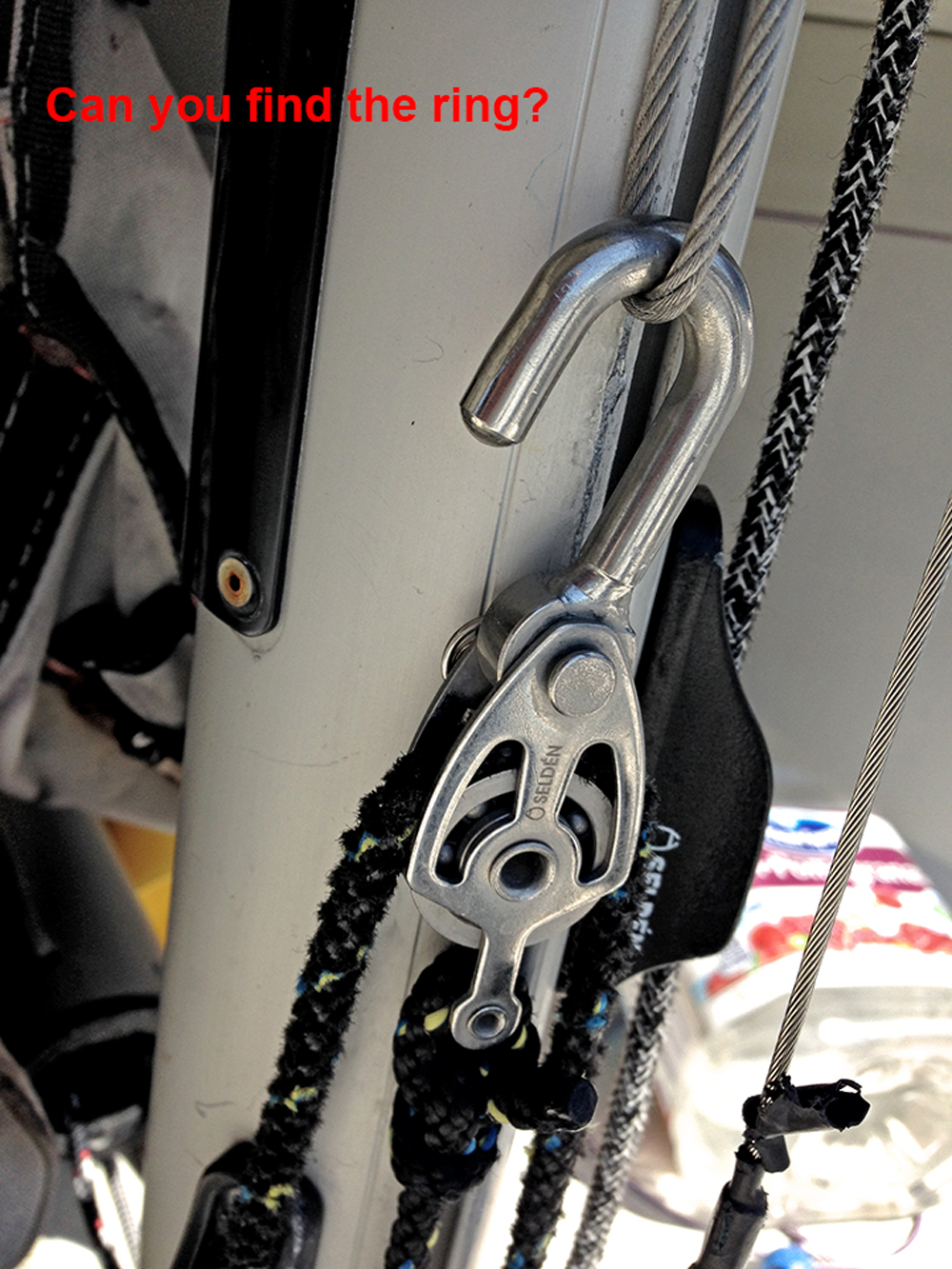 If you don't know it's there (or supposed to be) and are just finding all of the rings you can to check them, you'll probably miss it. That's what likely happened on my cruise. Also, if the block is rotated, it may rub against the bracket above it, which can work the ring out.

I've been telling the story and pointing the ring out in my rigging lessons, and twice within a few weeks I found no ring there. It had gone away, and nobody had caught it. These boats were set up for a dismasting, probably for an unprepared skipper.

The moral is obvious. Know your boat, and check it out thoroughly.

We have had dis-mastings recently due to rig failure, like a forestay or a shroud breaking. That's an entirely different thing and much harder to check for. But there are simple things you can check.

Some Points about Launching Dinghies on a Crowded ...
Pan Pan